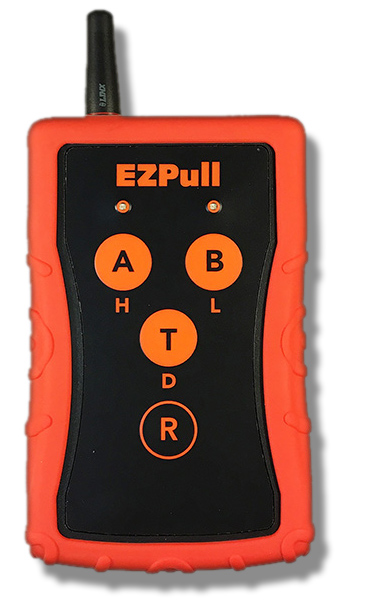 The wireless voice release transmitter controls two traps. The VR2-FT comes with a lapel microphone. When the microphone is removed, the unit operates in manual mode. Using EZPull’s proprietary digital signal processing, the VR2-FT detects voice and gunshots to automate target release. In Skeet mode, the VR2-FT offers several automatic sequencing: Pressing the R key, enables Automatic Singles sequence:  “pull – High – bang – pull – Low – bang”. Also at a press of the key, the VR2-FT allows a single shooter to automatically run an entire American or International skeet sequence only having to press a key if a target is broken or for the “option” shot. The VR2-FT features Repeat Practice Target. It is possible to “lock” a specific target so it can be repeatedly released on each “pull”. 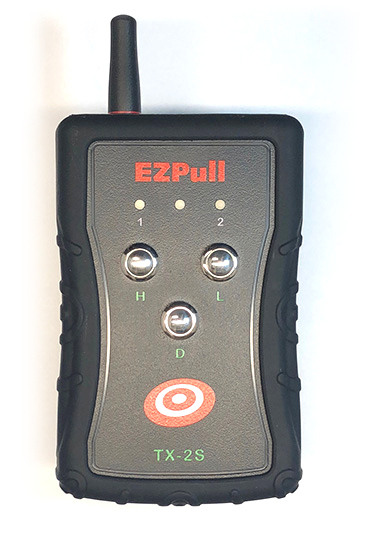 The TX-S2 is equipped with durable stainless still switches designed for quick target release. Target selection is indicated on two LED lights. The TX-2S is rugged and reliable and is powered from two AA alkaline batteries. The TX-2S can be programmed for solo delay or international skeet random delay. When the TX-2S is configured for International Skeet random delay, the user can quickly switch between instant and random release. 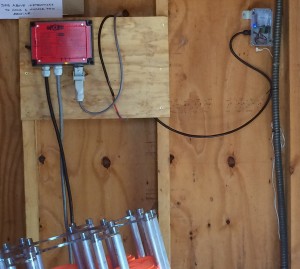 For skeet, the SRX01 can be powered from a wall transformer AC/DC adapter. Typically one SRX-01 receiver is installed and connected to the trap in each skeet house. The SRX01 is very easy to setup. No need to open the enclosure and set DIP switches for the address codes. Simply put SRX01 in pairing mode by placing a magnet next to the red reed switch and press the required target key on the transmitter. 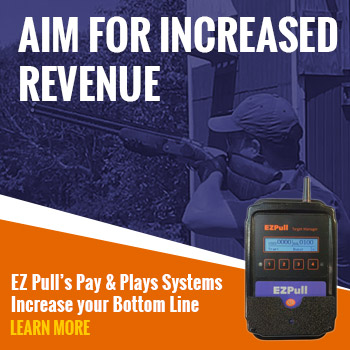